The a-ha moment that almost made me throw up 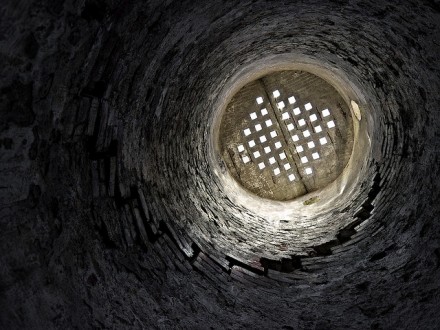 Dr. Brown redefines any number of things in Addiction Is the Symptom. One of the things she redefined for me was hitting bottom.

Like addiction itself, it occurs on a spectrum. You don’t have to be living in a dumpster with a bottle of cheap vodka clutched to your chest or hiding your credit card bills from your partner to be living on the bottom. I was there. I had been there for most of my life. And I didn’t even know it.

As I’ve written, despite finding The Brown Method compelling as I was working on the book, I remained somewhat skeptical. Even as I began the step process, doubt reigned. That changed one day when I was a few weeks into the Fourth Step Algorithm—the heart of Dr. Brown’s method, and quite different from the traditional Step Four.

It Happened When I Was Very Young

I was on the phone with Dr. Brown for one of the required quick check-ins. There’s not usually a lot of discussion during this step, but it must be said that I was not a typical client. I was working through the process for myself, above all, but also for the book, so I could explain it as well as possible.

Anyway, I mentioned the memory that despite excelling in high school, I did not apply to a single college. I got invited to the state college, and I said yes. End of story. “Where were your parents?” you might well ask. Absent. As in passed out: I am the child of two alcoholics.

“What do you mean?” I asked, puzzled.

“For example, someone who is addicted to alcohol starts out with a favorite drink. But as time goes on and the addiction progresses, they’ll drink anything. Same with you. You just took what was in front of you.”

The Brown Method is nothing like therapy, but I don’t know what else to compare it to, so let me say that I’d been in therapy a number of times, but I’d never experienced anything quite like this. I felt myself go pale. I felt weak. I felt sick. My life virtually flashed before my eyes: men I’d slept with, food I’d eaten, bad movies I’d watched, choices made and not made . . . I sat down.

When you come to see that the problem behind the myriad symptoms of addiction is emotional dependency, a lot of things start to make sense.

Emotional dependency is about relying on that which is outside ourselves to meet our emotional needs. This is hard to outline in brief, but as Dr. Brown explains, it comes into being because as children, we don’t learn that we can meet our own needs. As a matter of survival, we learn to meet our parents’ needs. They themselves never learned emotional self-reliance, so they try—unconsciously, mind you—to get what they need through domination and control, rewards and punishments. We respond by learning to do what we need to do, want what we need to want, feel what we need to feel, and ultimately to exercise the same domination and control. We become users, whether of people or activities or substances.

This is not a judgment of parents, but rather of a fear-based, power-oriented parenting system that is all but universal.

Once again, there’s a broad spectrum. Think of the parents who make headlines when their need to control gets so out of control that they lock their child in a closet and virtually starve him. But think too of the parent whose child says, “I’m not hungry,” and responds, “Clean your plate.”

What did my parents survive, I wonder, that drove them to unconsciousness nightly?

My parents did not pass on their particular symptom of emotional dependency—alcoholism—but they did pass on the dependency. I had little idea of how to do for myself, how to meet my own needs. Indeed, I did not even know what they were, what I wanted. I just took what was in front of me.

That day, I got a glimpse of what was coming, of the power of the process. Nothing would stop me from finishing. And when I did, I would be living a strange new life, my life. A life in which I could begin to know what I wanted, and in which I was empowered to pick myself up off the bottom and go get it.