The Brown Method isn’t hard. The hard part is the fear of doing it 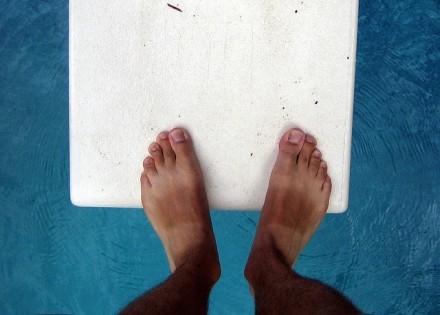 As I worked on Addiction Is the Symptom with Dr. Brown, I became increasingly interested in undertaking her therapeutic process myself. The concepts I’d been dealing with in the manuscript made profound sense to me. Most people wouldn’t define me as an addict, although I am the child of two alcoholics. But I was gaining new clarity about myself and my relationships. I even felt better about some of the longstanding crap in my life, just from the shift in point of view.

“Wow,” I thought. “What if I actually did the step work?”

But I’m the skeptical type. I have to confess that despite all I’d been learning and feeling, I harbored suspicions that it was too good to be true. It was too “woo-woo”—in the shorthand Dr. Brown and I had been using in reference to how out-there her ideas and assertions can sound.

“What If These People Are Nuts?”

“What if these people are nuts?” I said to myself half seriously as I sifted through the pile of testimonials from Dr. Brown’s former clients, deciding which to include in the book. I’d been working on this book for a year. I didn’t want to find out that Dr. Brown’s seemingly powerful process was actually making people more crazy, or crazy in a new way.

Then I interviewed, in person, several of these former clients for a video we were making. Well. Doing the interviews, on two coasts, turned into quite an experience. And not because the airline left my luggage—and my warmest coat—in Chicago while sending me home from West Coast to East the day after a Nor’easter. It was because these former clients were uniformly and enviously calm, grounded, open, optimistic, and happy.

Mary cried—with gratitude for her new life. Carolena had just finished the step process, and I suspect her face hurt from smiling. Ernie had been suicidal before working with Dr. Brown 12 years before; it was hard to imagine that the mellow guy answering my questions had ever been in such a dark place.

Sold! I went home with more enthusiasm for the book and the work itself than ever. The book was almost done; it was time.

But I quickly found myself experiencing the very kinds of fears and doubts Dr. Brown talks about in the book (chapter 8, “Your Healing Is Up to You”). I grew really, really anxious. All these voices started coming at me: “I won’t be able to do a good enough job, and it won’t work.” “I’ll disappoint my facilitator” (in my case, Dr. Brown herself . . . yikes!). “What if it doesn’t work for me?” “What if Dr. B is nuts, and I just haven’t figured that out yet?” (That last one is not in the book.) And of course, “How am I going to make time for this?” Really, Laura? You can’t manage 20 minutes a day plus a 10-minute phone call or even faster email?

“You have to get off the fence,” Dr. Brown told me. “You’ll feel much better.” Dr. Brown’s client Chris had said as much in his interview: the process was simple; the hard part was the fear of doing it.

I recalled an event from my childhood. My mother had taken my sister and me to the public pool. There was a high-dive, and I was afraid to go off. How old was I? I’m not sure, but still in the single digits. That thing looked like the Empire State Building.

Finally, I revolved to do it. I joined the line of kids waiting to climb the ladder. Then I was climbing the ladder. My resolve began to buckle, but with other kids behind me, I couldn’t very well back down. Actually, I recall another kid doing just that, awkwardly forcing several others to get off the ladder. Whether it was courage or fear of embarrassment that kept me going, I can’t say. So then I was there, with that long plank in front of me, that water so far below.

I loved it. I spent the rest of the afternoon waiting in line, climbing, and leaping. It was exhilarating.

Dr. Brown was right, of course. As soon as I made the commitment to do the step work, I felt better. Then I in fact began, and I felt even better. Ralph Waldo Emerson said it: “Do the thing you fear, and the death of fear is certain.”

And then I finished, and, I’ll be damned, life changed. I changed. But that’s for other posts.