A Way to Heal the Cause

The way out of a trap is to know the way the trap is built. Only then will it cease being a trap.” — Willard and Marguerite Beecher

Talk therapies and addiction treatments often don’t work very well because they get mired in your symptoms. Maybe overeating, overdrinking, overworking, perfectionism, or some other form of self-abuse. Unhealthy relationships, anger, resentments, powerlessness, disconnection, stuckness. The typical chemical addiction is so resistant to treatment that we’re convinced “relapse is part of recovery.”

Developed and refined over the course of 30 years by psychologist Rosemary Ellsworth Brown, PhD,  The Brown Method is a simple, step-based process that actually works because it systematically tackles the root cause of all of the above: emotional dependency and the control issues that come with it.

If you feel trapped, it’s because you are

Emotional dependency profoundly affects our everyday lives and relationships. Whether glaring or subtle, it’s characterized by largely unconscious, fear-based attempts to control and manipulate externals to meet internal emotional and spiritual needs. The fundamental dynamic is one of dependency on — aka addiction to — “the other,” whatever or whomever that might be. But of course these “fixes” don’t work for more than a short time. We try to soothe the pain with more of the same, in a vicious circle. Talk about a trap.

Emotional dependency isn’t something you chose. It’s deeply conditioned and reinforced by every facet of society. But you can choose to get yourself out from under it. Healing begins with waking up to emotional dependency and how it has deformed your life. Only then can you heal the past and free yourself to build a healthy, fulfilling future.

Do you have 20 minutes a day to change your life?

The Brown Method lets you do the work of waking up in small, manageable pieces: you write in a notebook for 20 to 30 minutes every day, following the instructions. An intensive psychological process with a deeply spiritual component, it’s not always easy. But it is 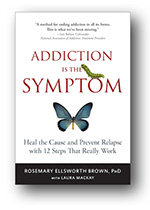 simple, thanks to the precise instructions and the guidance and support of a therapist or other facilitator. Many people finish in as little as 12 weeks. The whole process is detailed in Dr. Brown’s book Addiction Is the Symptom.

The Brown Method is step-based … but different

Fans of the Twelve Steps find The Brown Method different (details on the differences here), yet familiar and respectful. People indifferent to or even put off by the steps find it more appealing. This is a tool for personal and spiritual growth that anyone can benefit from. And it’s important to note that The Brown Method is based on the Twelve Steps, not on the program of AA. Step meetings and the Big Book are entirely optional.

The Brown Method is mind altering, and consequently, life altering. Check out the video and testimonials to hear from people who have done it. Wherever you live on the addiction spectrum, it’s a chance to choose healing, to reclaim the personal power that is your birthright, and to reach your full potential.

Dr. Rosemary Ellsworth Brown is a psychologist. She graduated from Smith College as an Ada Comstock Scholar in 1989 and completed her doctorate in counseling psychology at the Union Institute in 1993. Her academic research focused on relapse, in particular on why AA and its myriad Twelve Step offshoots proved ineffective for the majority of their members. 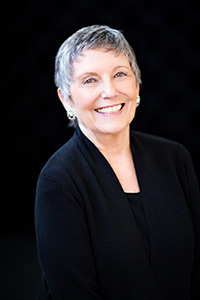 Dr. Brown’s research has been not only academic and professional in nature, but also personal. She attended her first AA meeting in 1968, stayed sober for a year, and then experienced a tragic two-year relapse. She returned to the program determined to understand and solve the problem of relapse and devoted the rest of her professional life, and much of her personal life, to doing so.

Ultimately, she identified emotional dependency as the primary cause of all addictive behavior, which she came to understand as encompassing an array of problems not typically identified as addictions. She modified the Twelve Steps to 1) address emotional dependency rather than individual addictions, i.e. symptoms, and 2) eliminate their traditional trial-and-error aspect.

Dr. Brown has been using and refining her step method with clients and sponsees for upwards of 30 years. In 2015 she published Addiction Is the Symptom, which describes her personal and professional journey and outlines The Brown Method in complete detail.

You can read more about Dr. Brown’s life, including her struggle with and triumph over addiction, in chapter one of Addiction Is the Symptom, “My Name Is . . .” She also talks a bit about her background in this 10-minute interview on Recovery Radio. 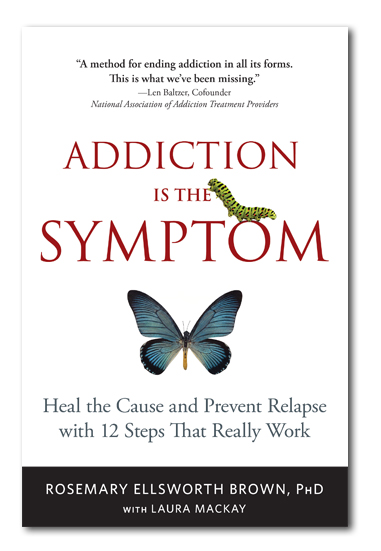