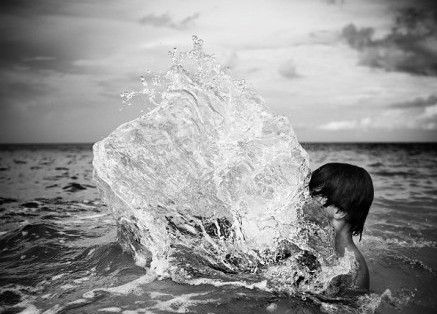 “Have you considered whether you’ve been brainwashed?”

I was talking with someone close to me about the work I’d recently completed — the modified Twelve Step process outlined in Addiction Is the Symptom. Apparently, my enthusiasm aroused suspicion. Or perhaps I seemed too suddenly different, and that felt alarming, as change often can.

“Yes, I have thought about it,” I answered.

“Oh,” he said. “I guess if you have asked yourself whether you’ve been brainwashed, then by definition, you haven’t been.”

The Opposite of Brainwashing

I suppose I had asked myself the question because, for me, the initial effects of the step work were somewhat disorienting. In the first months, I felt like a bit of a stranger to myself, if in a good way. The release of energy was huge. I felt downright high—questionable choice of words in this context, but there it is.

But The Brown Method is the opposite of brainwashing—a forcible indoctrination into a set of fixed beliefs. Rather, it’s the voluntary removal of an indoctrinated, or conditioned, set of beliefs and behaviors. Or perhaps more accurately, the bringing to consciousness of those beliefs and behaviors, which constitute a false self—an addicted, i.e. emotionally dependent, self.

What you replace the old stuff with is up to you. And you can change your mind about any or all or it whenever you darn well please, because you now have a mind that is truly your own.

Are You Running Your Own Life?

Dr. Brown’s simple, systematic process starkly reveals the complex of fear, control, and manipulation—also known as addictive behavior— that characterizes emotional dependency. Even if you’re on the low end of the addiction spectrum, with no chemical or other overt addiction, you find that it’s been running your brain, and your life.

Conditioned in childhood and then reinforced at every turn, it’s deep-seated and poisonous. (See my post about lying for a personal example of just how deep-seated.) Because of it, you’ve lost choice—possibly over alcohol or other drugs, but also over far more subtle things, such as the ability to say yes when you mean yes and no when you mean no.

Waking up to this complex at work in yourself can be like a bucket of cold water over the head. Cleansing indeed! I personally found it shocking to see how much of what I’d been doing and thinking all my life had been warped by it. As someone else who completed Dr. Brown’s step process said to me, “I lived it, but I didn’t see it!”

It was too omnipresent to see.

This revelation would be upsetting if it weren’t so freeing: once you’re conscious of the pattern, you can start treating it like the superficial layer of garbage that it is. You can toss off a mess of it right away and start learning to ignore anything that’s left, choosing instead to be the real you, the you you’ve always wanted to be.

The introduction of Addiction Is the Symptom opens with a J. Krishnamurti quote:

As one begins to understand oneself, that very beginning is the moment of freedom; and that is why it is very important not to have a guru, or make any book into an authority—because it is you who create authority, power, position. What is important is to understand yourself.

To take a deep look at your life through the lens of The Brown Method is to understand yourself like never before. You free yourself to take back all the authority you unwittingly gave to the false self, to drugs, to food, to every self-help book that came along, to other people . . . to the garbage of addiction.

So, not brainwashed, no. Brain. Washed.