You do have a choice. But first, you have to free yourself to make it 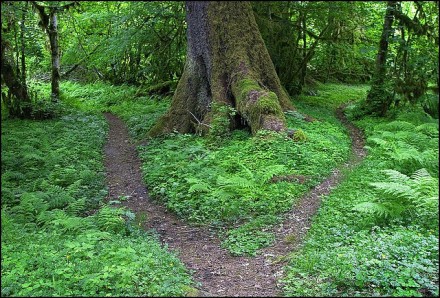 Understanding choice is a big piece of understanding addictive behavior and how to heal it. As Dr. Brown defines it, an addiction is any person, substance, or situation over which we have lost choice or believe we cannot live without. So healing is defined by the restoration of choice.

Restoring choice can be as simple as realizing—really getting—that you actually have one.

As I was working on Addiction Is the Symptom and becoming familiar with its concepts, I thought I was already a choice-making adult. That unexamined notion was about to bite the dust, even though it would be months before I decided to embark on Dr. Brown’s step process—which is very much about restoring choice.

A Choice-Making Adult? Not Really

My situation was this: I grew up with two alcoholic parents and a heavy burden of silence around that fact. My siblings and I talked about it amongst ourselves, but never with our parents, who to this day have never really acknowledged the addiction. The tension of charade oozed from the walls of our picture-perfect center-hall Colonial. It strained our minds and our bodies. The fear of being “found out” drove me into isolation and drove me to keep up appearances. I did a bang-up job: my high school class voted me “perfect” and “most likely to succeed.”

Now I was well into my forties, and the weight of the silence was still in me.

I began learning about emotional dependency, the problem behind addictive behavior in all its forms. About how as children, we don’t learn to meet our own needs, because too often our parents, trapped by their own conditioning, are unconsciously trying to get us to meet theirs.

As adults, we may no longer be literally dependent on our parents, but our emotional dependence on them may persist, no matter how tragically incapable they have proven to be. Further, that model of dependency may be operating in every corner of our lives, in our dependence on partners who abuse us, or the mere approval of others, or the distraction of empty or dangerous activities, or the pain relief of alcohol and other drugs . . .

But back to that first relationship, to our parents. To the children we still are, whose lives do literally depend on our parents, rocking the family boat feels downright dangerous. For me and others like me, silence is self-preservation.

Some months into working with these concepts, though, a light went on in me. I got that I was not dependent on my parents, whom I rarely see. I was an adult with income and a home and a car and a cat and even some nourishing human relationships. I did have a choice. I was not a victim of the silence, but a participant in it. The problem, for the adult me, was me.

Does this sound stupid? Do I sound exceedingly dense? It’s not as if I hadn’t thought I had a choice before. I thought I did. But deep down, apparently, I didn’t believe it.

I felt liberated. I warned my brother, “I just might do this. Blow the whole thing up. Get it all out on in the open. I don’t care how they react. Whatever happens, I’m fine with it.”

However, I soon realized that I had no desire to blow up anything, nor was it my responsibility to do so. My parents are old and sick, thanks in no small part to decades of heavy drinking. The death certificates will hide the truth, perpetuate the silence, with “heart attack” or “stroke.” They should say—and this is true for too many people—“addiction.” Indeed, my parents lost their lives to addiction a long time ago.

And so I remain silent. Superficially, I’ve made the same choice. But emotionally, not even close.

Mine is not the frightened silence of a child who fears for her life, but the comfortable silence of an independent, compassionate adult who has no need to lash out or be comforted or set the record straight or prove anything.

Simply put, it’s the difference between captivity and freedom.