How do you raise an addiction-free child? 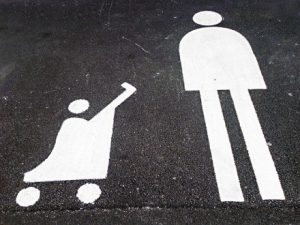 Where does addiction come from? Answer that question, and you can tackle it at the root. Or better yet, prevent it. For Dr. Brown, the answer is the parenting system—her step method begins with that premise. Here’s what one of her influences on this, the spiritual thinker J. Krishnamurti, had to say about parenting. But first, for background, a quick dip into another big influence, Alice Miller.

A Vicious Circle of Dependency

Psychologist Alice Miller’s work spoke to the power of the parent-child relationship to shape each of us and, further, the world. Miller believed worldwide violence had its roots in the too-common practice of beating children. They have little choice but to suppress their rage and fear—eventually discharging them against other children (think bullying) or, once they reach adulthood, against their own children and even whole peoples (e.g. Hitler, whose childhood Miller famously analyzed).

“I came to understand that the vicious circle of violence was not the only one fueled by the parenting system,” Dr. Brown writes in Addiction Is the Symptom. “Emotional dependency, too, was learned and passed from generation to generation, and reinforced by our educational, religious, cultural, and political institutions.”

It’s emotional dependency that triggers addictive behavior—and so it’s what the Brown Method is designed to root out.

We’re All Caught in the System

Jiddu Krishnamurti, the Indian-born thinker and writer on philosophical and spiritual topics, challenged our most closely held—yet unexamined—beliefs about parenting, the foundation of the human experience. It’s natural to feel uncomfortable or defensive when reading something like this, especially if you’re a parent. Natural, but needless: it’s not about individual parents, per se, but rather about the parenting system, in which we are all caught.

The below is quoted from Krishnamurti’s “Commentaries on Living: Second Series, Sixth Talk in Bombay, 1956.” The context is the problem of war. In response to his questioning of parental love and its relation to war, Krishnamurti was asked, “Do you not know, sir, that the love of our children is one of the greatest and most deep-rooted of human affections? Surely you realize how helpless we are individually to do anything about war and peace.”

What Does It Mean to Love a Child?

Krishnamurti: “You say that your love for your children is deep-rooted and great, but the fact is that you are at each other’s throats. There is ambition, and when man is ambitious, there is no love in his heart; when he encourages his son to climb the ladder of success and reach the top, obviously he is encouraging him to be ruthless. Surely, all this indicates that there is no love, does it not?

“After all, as a parent, you are also a teacher because your child lives with you; you train him, he follows you, he builds himself in your image. There is the teacher at school, but you are the teacher at home, and you train the child in the do’s and don’ts, compelling him to imitate, to copy, to follow in your footsteps and become somebody in society. All you are concerned with is the child’s security, which is your own; you want him to be respectable, to earn a livelihood, to adjust himself to the demands of the existing social order. You call that love, and is it love? What does it mean to love a child? Surely, it does not mean encouraging him to become your little image, shaped by society, by so-called culture; it means, rather, helping him to grow freely. He has acquired certain tendencies, inherited certain values from you, and so he cannot be free at the beginning; but to love him is to help him from the beginning to free himself constantly, so that he becomes a real individual, not merely an imitative machine.”

Raising a Free Human Being

Krishnamurti continues: “If you love your child, you will educate him not to conform to society but to create his own society, which may be entirely different from the present one; you will help him to have not a traditional mind but a mind that is capable of inquiring into the significance of all the cultural, social, religious, and national influences by which he is surrounded, and not be caught in any of them, so that his mind is free to find out what is true. Surely, that is right education. Then the child will grow into a free human being, self-sufficient and capable of creating his own world, a totally different kind of society; having confidence, the capacity to work out his own destiny, he will not want your property, your money, your position, your name.”

You can read the whole commentary here, at www.jkrishnamuri.org, the official repository of Krishnamurti’s writing and teachings.