When Dr. Brown says “freedom,” this is the freedom she means 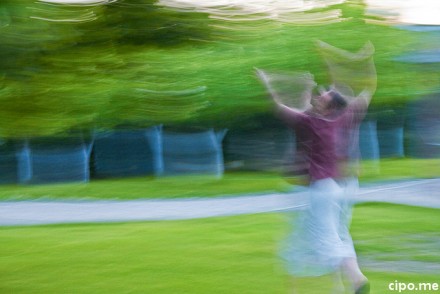 The Brown Method is about freedom. From addiction, of course, but think bigger. The foundation for that freedom is emotional, psychological, intellectual, and spiritual freedom: full personal sovereignty. In this, Dr. Brown was deeply influenced by Indian-born writer-thinker Jiddu Krishnamurti and his notion of “revolution in the psyche.”

“I’m so happy to hear this,” Dr. Brown emailed me when I told her I had acquired Krishnamurti’s book Freedom from the Known. “Read all his books. They are all worth your time. The purity of his thought is truly revolutionary—a revolution from within, as he says. He will take you places you’ve never considered in thought or practice.”

Dr. Brown actually lived in Ojai, California, at the same time as Krishnamurti. “I never met him,” she says, “but I grew to love his mind. His concepts were unfamiliar to my consciousness, but in time, understanding and integration came.”

I’ve been wanting to start reading him ever since we chose this quote as the epigraph for the introduction to Addiction Is the Symptom, from his 1956 “Sixth Talk in Bombay”:

As one begins to understand oneself, that very beginning is the moment of freedom; and that is why it is very important not to have a guru, or make any book into an authority—because it is you who create authority, power, position. What is important is to understand yourself.

All of the below are the words of Krishnamurti, quoted from that “Sixth Talk in Bombay,” “Commentaries on Living, second series.” You can read the whole thing here, at www.jkrishnamurti.org, the official repository of Krishnamurti’s work.

Krishnamurti: “We see great confusion around us, not only among the experts, the authorities, but also among ourselves and in our own thinking. There are many political, sociological, and so-called religious organizations, and most of us join one or the other of these, throwing ourselves into its work because we think it has the final answer. So we come to depend on organizations, or on leaders who give us an assurance; they know, therefore we follow, we imitate, we belong to these various groups. All this indicates, does it not, a mind that is not solitary, alone, a mind that is incapable of thinking out a problem completely for itself because it is dependent. The moment the mind becomes dependent, it is made incapable of inquiry; like a child who is dependent on its mother, such a mind is not free to inquire.

“So, through dependence on organizations and authority, through so-called education, culture, through our own constant ambition, our desire for power, position, and prestige, the mind is made incapable of deep penetration. If you actually observe your own mind—I am repeating this most respectfully—you will see how incapable it is of real penetration into what may be called truth or God. Probably your mind has never asked what life is all about, and when it does ask, it has an answer according to Buddha, Christ, Shankara, the Upanishads, or what you will; so it is satisfied. Only the mind that is alone, that is really free, can penetrate to great depths without seeking some stupid result. But our minds are not like that, and until they are, our life has very little meaning; it can only produce more war, more despair, more chaos—which is being shown in the world at the present time.

“So, is it possible for you and me, who have no capacity for it, to penetrate deeply? And without that capacity, has it any significance for us to inquire into that which may be the final answer to all our problems? Surely, you must have asked yourself this question. If not, I am asking it now. After all, if you have no capacity to inquire, what is the good of following somebody? By that very following, you are made more dependent, and therefore less capable of inquiry. To be capable of inquiring profoundly, you need a mind which is completely alone—alone in the sense that it is not being pushed in any direction, not being driven by the anxiety of immediate action, immediate reformation, immediate demand. So what is one to do?”

Seeing What Actually Is

Krishnamurti continues: “And what is it that we are talking about? We are saying that unless you understand yourself, any society, industrial or otherwise, is going to destroy you—and you are being destroyed, crushed, made uncreative. Unless you understand the whole content of your being, the motives, the urges, the ways of your thought, unless you know the total substance and depth of your mind, you will gradually become just another machine—which is what is actually happening. Slowly, inescapably, you are being made into machines—machines which are creating problems.

“So, what matters is to understand yourself, the ways of your own mind—but not through introspection or analysis, whether by an analyst or by yourself, nor through reading books about the mind. The ways of the mind are to be understood in our relationships from day to day, which means seeing what we actually are without distortion, as we see our faces in the mirror. But we destroy the understanding of what we are the moment we compare or condemn, reject or accept. It is by just seeing what is that the mind makes itself free, and only in freedom is there the coming into being of that which may be called God, truth, or what you will.

“As one begins to understand oneself, that very beginning is the moment of freedom; and that is why it is very important not to have a guru, or make any book into an authority—because it is you who create authority, power, position. What is important is to understand yourself.”