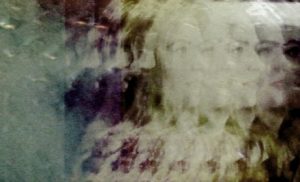 Some years back, I got pretty into cycling for a while. If you’re a casual rider, you probably tend to coast down the hills to rest after the big, chest-heaving upward climb. For the more avid cyclist, hills are for going as fast as you can—to beat your last time or simply for the thrill of it.

On one of my regular rides, there was this hill so long and steep that every time I headed up it, I swore I would never do it again. The pain was erased from my mind on the flight down, as I shifted into high gear and cranked hard, shooting for—and a few times hitting—50 miles an hour. I was never without my helmet, of course. I’m a sensible girl.

Ah . . . that takes me back further still, to my first car: an MGB convertible.

Probably Not What My Father Had in Mind

The MG had many shortcomings. It was not adapted to winter here in New England, for sure. And then there was the unreliable electrical system—English cars, my mechanic said, were notorious for that. On the plus side, the little car was low to ground and had big tires. It handled way better than the family station wagon I had first learned to drive. I was soon accelerating, rather than slowing down, in the turns.

There was this unpopulated back road I frequented that had a double S-curve . . . I drove through there too fast many times. Probably not what my father had in mind when he allowed his 17-year-old daughter to buy the car. But what did he think? That only boys drive sporty little cars too fast?

Seatbelt always, of course. I also installed a roll bar. Because “God helps those who help themselves,” right? Probably not what the Greek dramatist lost to history had in mind when he wrote that. (Apparently, the saying comes not from the Bible or Ben Franklin, but the ancient Greeks. ) Although you could argue that I was flirting with tragedy.

This Is Actually Related to Addiction

And what does all this have to do with Addiction Is the Symptom? I’m getting to that.

The step work outlined there, the work of The Brown Method, is about getting your real self out from under all the garbage piled on top of you. Meaning the conditioned emotional dependency that drives the whole spectrum of addictive behavior and makes our lives and relationships so much less than they’re meant to be. You cast off quite a few layers of crap pretty darn fast.

There are leftovers, for sure, but they keep coming off as the new consciousness you’ve been given through the work enables new thinking, new choices, a new experience of your life and the world, and a new or renewed experience of yourself as a spiritual being.

I completed my step work 15 months ago, and it’s been quite a ride in many ways. Not always an easy one. “You’re getting rid of seventeen layers at once,” someone said to me tonight. “It’s a lot.” Seventeen? That sounds about right, I thought. Because yes, it is a lot. It’s been almost overwhelming at times. Almost, but not quite.

I want to go as fast as mind, body, and soul can handle. Pedal downhill. Accelerate in the turns. A little faster even than I think I can or should. Say, 53 miles an hour.

My heart is pounding, but it feels safe enough.

Could it be that I’m developing something like faith? That thing I used to scoff at as a quaint fantasy for people who don’t keep up on the news? It’s not faith in “God,” per se—I continue to call myself an atheist. What is faith, for me? I’m still finding out. Perhaps I will never feel a need to name it. But I would like to feel more of it.

Tonight, I feel like a child spun wildly by unseen hands, feet cutting a wide circle in the humid late-summer air. Remember that daredevil game? The centrifugal force grows, your grip is maxed out, your body threatens to fly across the backyard and into your mother’s rose bushes, replete with thorns . . .

I laugh and shout to the gods, the Force, the ancients . . . those vague keepers of the celestial roll bar: Faster! Faster!