Alcoholics Anonymous has its problems. And its powers 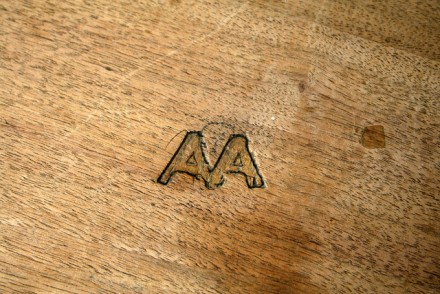 The Twelve Steps and the program of AA have plenty of detractors. But don’t think Dr. Rosemary Brown is one of them. Her book Addiction Is the Symptom is based on the Twelve Steps, after all. And she credits AA with saving her life. How many others has it saved? There’s no way to know. With some millions of people around the world attending twelve-step groups of all kinds, we can assume that it’s a good number.

We can also imagine that those whom the program does not save—and there are many—it gives shelter in a world that has offered no other.

Criticism of AA Is Popular

AA and the steps have been taking it on the chin lately. Last year, several critical books gained attention. Among them were Lance Dodes’s The Sober Truth: Debunking the Bad Science Behind 12-Step Programs and the Rehab Industry, David Scheff’s Clean; and Anne Fletcher’s Inside Rehab.

It’s true that Dr. Brown’s book is in many ways a critique of the program of Alcoholics Anonymous, twelve-step groups in general, and the steps themselves as traditionally constituted and practiced. Dr. Brown’s personal program experience included her own tragic relapse and her in-the-trenches observation that relapse—sometimes fatal—was all around her. And so she embarked on the lifelong quest for a solution to relapse whose culmination is Addiction Is the Symptom.

Building on the Program

However, Dr. Brown’s response to the program’s shortcomings is not to throw away the steps, but to make them better. How? By going deeper, addressing not just the symptoms of addiction but also its root cause: emotional dependency. She even rewrites some of the steps—which will be shocking to many, we know. But she doesn’t condemn the program. She builds on it. And for good reason.

In a field whose expert assertions are all over the map, it’s widely agreed that stress and isolation are important drivers of addiction. Reducing these two is perhaps what AA and other twelve-step programs do best. And that is not a small thing.

AA alone counts more than 100,000 individual twelve-step groups around the world. In almost any city, on any day of the week, you can find a meeting if you need support. (If there’s nothing nearby, you can attend one online.) And no matter how far you’ve fallen, no matter what you’ve done, no one is going to judge you when you walk through that door. There’s always your sponsor too, a connection when you are desperately disconnected from yourself and the very notion of hope seems absurd.

Even hard-core chemical addicts, labeled as criminals by a society that too often seems to pride itself on ignorance and self-righteous condemnation, can find acceptance and fellowship at a twelve-step meeting. A glimmer, at least, that life can bring something other than pain. Maybe for the first time in their lives.

The Meaning of Love

“It was in AA,” Dr. Brown says, “that I learned the practical meaning of love: to give with no expectations.”

If that’s not powerful, I don’t know what is.

In Addiction Is the Symptom, Dr. Brown relates the end of her relapse. One morning, after a night of binge drinking that she couldn’t remember, she decided to pick up the phone and call an AA friend, Will. They hadn’t spoken for almost two years—the two years since her last meeting, two years of denial. What time was it, she wondered. Early. No matter. She knew this: Will wouldn’t care what time it was.